THIS JUST IN: PREFIX AND SUFFIX ACTIVITIES FOR SPEECH THERAPY

To be honest, working at a private practice you don’t get a HUGE number of articulation kiddos. I was concerned this app might not get as much use as I like to give to apps when I’m reviewing them… but I didn’t really have another app that did what this app could offer so I tried it. And fell in love. I should have known better… The most used articulation app I own is by Little Bee Speech (Articulation Station). Check out my review of Articulation Test Center below. 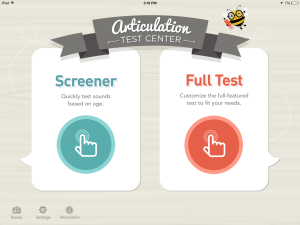 First, you have the option of choosing the Screener or the Full Test. To be honest with you, I haven’t used the Full Test yet, but played around with it and it’s very similar to the Screener. I have used the Screener (and used it often) so I can tell you that it works, and it works well and efficiently.

When you press “Screener”, the following page is shown: 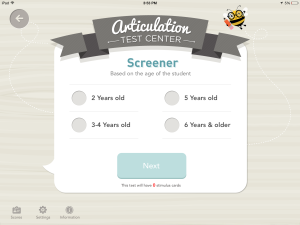 When you click on the age, I love how it shows you how many stimulus cards will be shown, as well as the sounds that will be tested in each position: 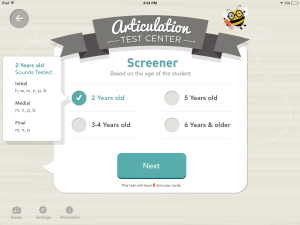 After you set up a student to test…. 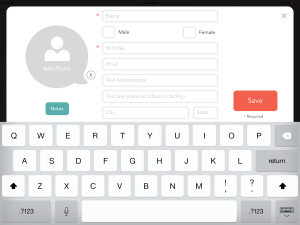 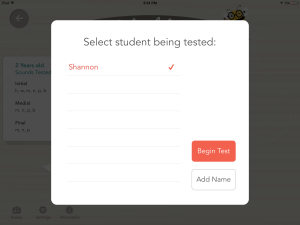 The first picture shown in the 2 year old screener is below: 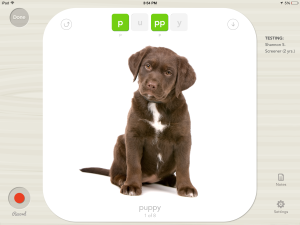 What I love about this app is how easy it is to record substitutions, errors, and deletions. You can show errors by just touching any of the green boxes. Then they turn red to indicate an error was made in that position: 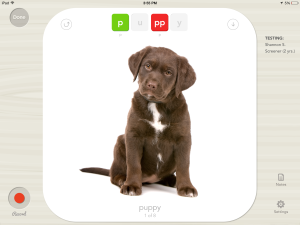 OR, you can swipe upwards to indicate an omission was made in that position: 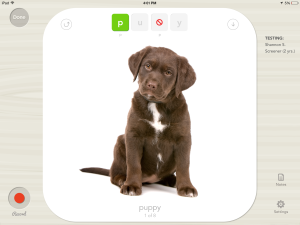 OR, you can press that little down arrow and pick from a selection of sounds (or processes) to mark substitutions or phonological process errors: 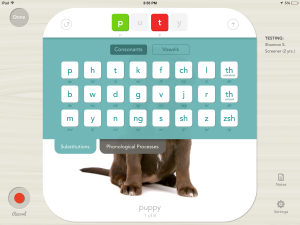 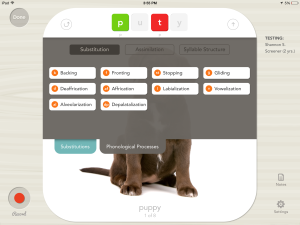 Another awesome feature about this app is that when you mark a process, it describes it, provides an example, and gives the age that this process should be eliminated: 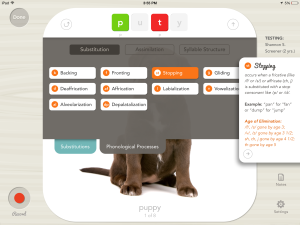 Another cool feature is that you can turn the picture upside down. Something useful if you’re testing across the table! 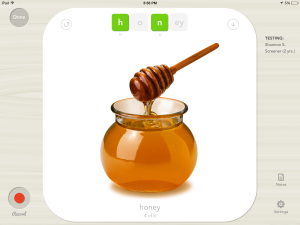 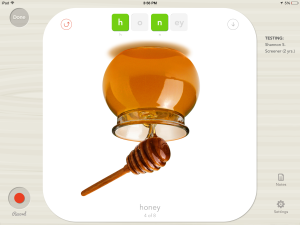 After you’re finished with the screener, you get this “happy bee” page, and are asked to rate the student’s intelligibility as shown below: 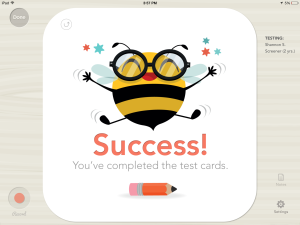 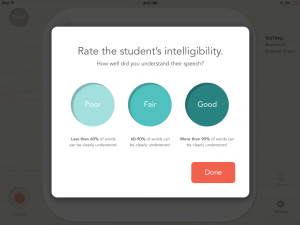 You can see an overview of the words tested/errors made: 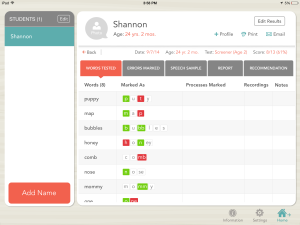 You can see a fancy table outlining errors made, including substitutions and phonological processes: 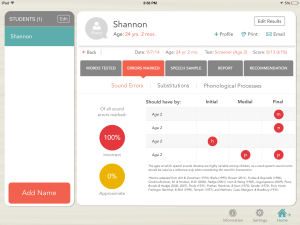 You can view a automated report generated by the app (and email it out!!): 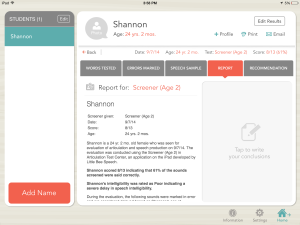 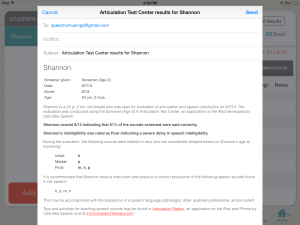 AND you can see recommendations to work on based on the age of your client: 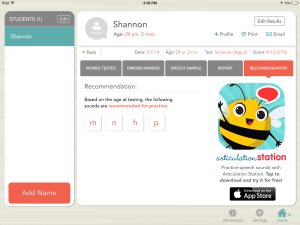 The Full Test (instead of the Screener), is incredibly similar with a few extra options:

When you open the Full Test, you are shown the options below: 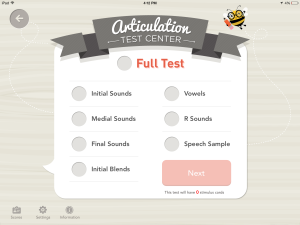 Additionally, you are prompted to record a speech sample about a scene: 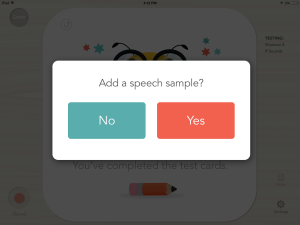 If you choose to add a speech sample, you can select a scene: 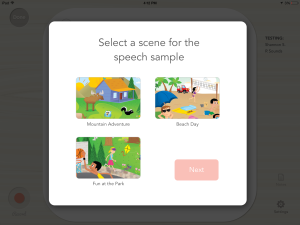 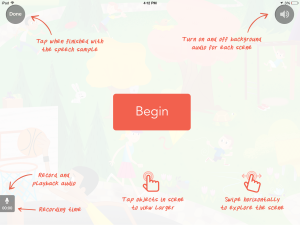 When the scene opens up, you can press on various people and objects and get conversation prompts: 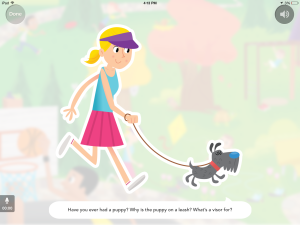 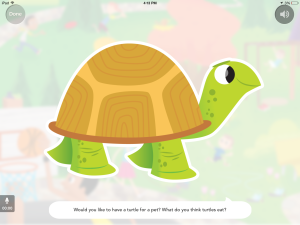 Then, as with the Screener, you can rate the student’s intelligibility: 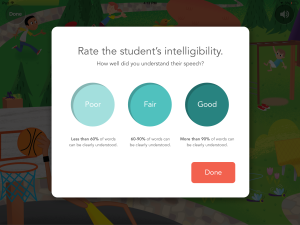 The Full Test provides the same crazy, awesome level of information after the test.

To be honest, usually at this point in an app review I provide an overview with a list of pros and cons. After using this app for a few weeks, I haven’t found anything that I want fixed so I will leave you with this:

If you want an easy way to assess your student’s articulation skills and get useful, meaningful feedback afterwards, this is it. The app is beautiful, intuitive, and amazingly useful from the second you open it up. In case you want a little extra information/help, the app provides videos demos as well.

Note: I was provided with a copy of this app to review. No other compensation was provided. The thoughts and opinions expressed above are mine alone!

What is this EET I keep hearing about? »